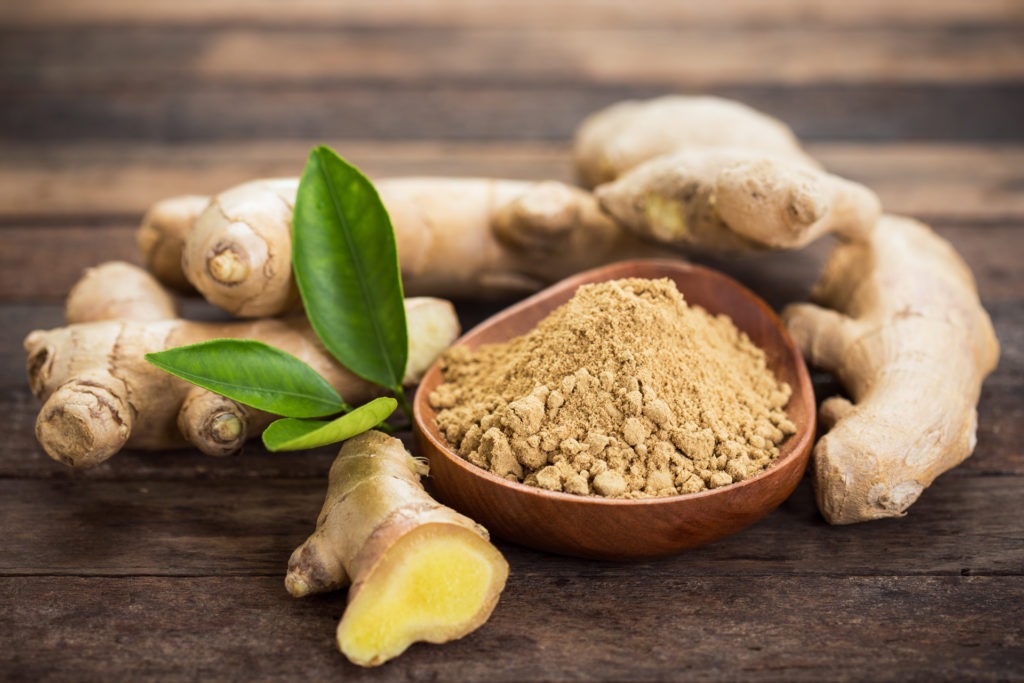 You love adding ginger to your meats or veggies but did you know that your favorite spice is also a natural “pain killer?”

The spice ginger is the natural root of the ginger plant, known botanically as Zingiber officinale, used in many countries as a spice and condiment to add flavor to food. What most people may not know is that Ginger has a very potent anti-inflammatory effect which has been shown to reduce muscle pain after intense physical activity.

During the past 40 years, many studies have provided scientific support for the long-held belief that ginger contains potent anti-inflammatory properties. The original discovery of ginger’s inhibitory effects on prostaglandin biosynthesis in the early 1970s has been repeatedly confirmed. That’s exactly why you’ll find it as a key ingredient in our anti-inflammatory and joint support supplement, Joint Edge Rx, and our post workout supplement Post Edge.

Ginger suppresses prostaglandin synthesis through inhibition of cyclooxygenase-1, cyclooxygenase-2 and 5-lipoxygenase. A University of Miami study compared the effects of ginger extract to placebo in 247 patients with osteoarthritis (OA) of the knee. The ginger reduced pain and stiffness in knee joints by 40 percent over the placebo. Researchers at the University of Georgia in Athens and Georgia State College & University in Milledgeville reported in the Journal of Pain that a few tablespoons of grated ginger can help ease muscle pain caused by exercise.

If the anti-inflammatory properties of ginger mentioned above aren’t enough, ginger also has insulinoptropic properties through the 5-HT3 receptor channel. Activating this receptor increases plasma insulin secretion up to 10%, working synergistically with LionEdge’s Insulin Activation Anabolic Matrix in Post Edge.

Ginger is also currently being studied for anti-oxidative properties for controlling the process of aging. More research on this is under way. Don’t forget, next time you’re at a sushi restaurant, ask for extra ginger. It’s what the doctor ordered!

About Dr. Jarrell NeSmith, DO

View all posts by Dr. Jarrell NeSmith, DO →